Abstratc: Rapid growth in the number of connected wireless devices such as mobile phones, low-power IoT devices, connected vehicles, etc. will expand the scale of the next generation of mobile networks i.e. 5G advanced, and 6G. Moreover, the foreseen use cases like connected autonomous vehicles/robots/drones, smart homes, and cities, wireless automation of industrial networks, holographic communication for 6G networks will require ultra-low latency and ultra-high reliability. Existing and traditional algorithms are not feasible for the optimization, management, and orchestration of such networks to fulfill the requirements of the emerging use cases with high complexity, high dynamicity, and the massive amount of generated data by connected devices. Recently, artificial intelligence (AI) has been planned to be utilized as a new paradigm for the planning, optimization, management, and automation of next-generation of mobile networks. Machine learning (ML) as a subset of AI will be applied to develop intelligent connected devices and network infrastructures to address the demands of future use cases. The research, study, and development of AI/ML-enabled mobile networks have already been started in academia, industry, and standardization bodies such as 3GPP, O-RAN, ETSI, and ITU. However, the focus is the application of ML in 5G but their outcome will pave the way for 6G. This tutorial aims to give an insight into “AI/ML for 6G” which are the use cases where AI/ML can be applied in 6G optimization and management considering its vision, on one hand. On the other hand, networks’ support for AI/ML algorithms i.e. “6G for AI/ML” with respect to the standardization activities will also be explained. 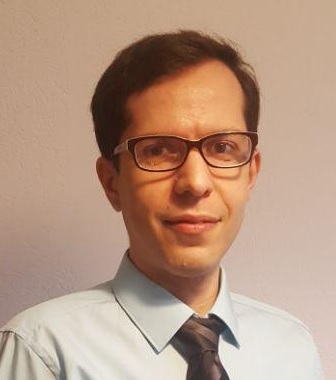 Bio: Mehdi Harounabadi finished his bachelor’s and master’s in computer engineering in 2006 and 2009, respectively. He received his Ph.D. in computer science with great praise at the Technical University of Ilmenau. From 2020, he is working as a chief scientist at Fraunhofer Institute in Erlangen and a lecturer at Friedrich-Alexander-Universität Erlangen-Nürnberg, Germany. Besides, he is a 3GPP standardization delegate. His research interests are UAV networks, 5G/6G, and AI-enabled mobile networks. Until now, he has authored several inventions and articles in the area of 5G, UAV-based networks, and self-organized networks. He has also received several best paper awards for his works.

Abstratc: We are witnessing an unprecedented boost in the space industry. The significant technological advances in the industry of low earth orbit (LEO) satellites have opened the door to a new realm of LEO-based applications. One key application is providing internet broadband services to people everywhere around the globe. This means that regions with limited or no connectivity, such as rural and remote regions, will be able to get stable connectivity. This can be considered a significant step towards resolving the digital divide problem that limits the opportunities available for communities in rural and remote regions because of the lack of internet access. The main driver to achieve such satellite-based global connectivity is deploying large numbers of LEO satellites at a set of altitudes, ranging from 300 km to 1500 km, to ensure that every part of the earth will be covered by at least one satellite at all times. Given the current status of the industry, where we have multiple competing companies launching various constellations with diverse altitudes and numbers of satellites, we can envision a set of spheres concentric with the earth with large numbers of LEO satellites distributed on the surfaces of each of these spheres. Due to the fundamental difference between these novel communication systems, specially the spatial distribution of the communication nodes, and the typical terrestrial communication networks, we need to think of creative techniques to enable mathematically analysing such communication systems. In this tutorial, we discuss a recently proposed mathematical framework that enables tractable analysis of LEO satellite-enabled communication systems while capturing the influence of satellites’ numbers and altitudes as well as the spatial distribution of earth stations. Firstly, we describe how this stochastic geometry-based framework is modelled and discuss its accuracy. Next, we provide a detailed example where this framework can be used for coverage analysis. We then introduce and discuss integrated space-aerial-terrestrial networks. Finally, we discuss how this framework can be used to study routing and end-to-end latency analysis in such networks. Realistic values from existing constellations, such as OneWeb and Starlink, are further used as case studies in this tutorial. 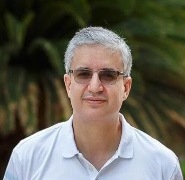 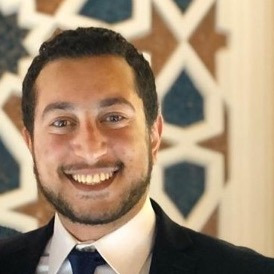 Bio: Mustafa A. Kishk received the B.Sc. and M.Sc. degrees from Cairo University, Giza, Egypt, in 2013 and 2015, respectively, and the Ph.D. degree from Virginia Tech, Blacksburg, VA, USA, in 2018. He is an assistant professor at the Electronic Engineering Department, Maynooth University, Ireland. Before that, he was a Postdoctoral Research Fellow with the Communication Theory Laboratory, King Abdullah University of Science and Technology, Thuwal, Saudi Arabia. His current research interests include stochastic geometry, energy harvesting wireless networks, UAV-enabled communication systems, and satellite communications.

Bio: Mohamed-Slim Alouini was born in Tunis, Tunisia. He received the Ph.D. degree in Electrical Engineering from the California Institute of Technology (Caltech) in 1998. He served as a faculty member at the University of Minnesota then in the Texas A&M University at Qatar before joining in 2009 the King Abdullah University of Science and Technology (KAUST) where he is now a Distinguished Professor of Electrical and Computer Engineering. Prof. Alouini is a Fellow of the IEEE and of the OSA. He is currently particularly interested in addressing the technical challenges associated with the uneven distribution, access to, and use of information and communication technologies in far-flung, rural, low-density populations, low-income, and/or hard-to-reach areas.

Abstratc: To enable a ubiquitous intelligent information network, the forthcoming sixth generation (6G) wireless communications are expected to provide revolutionary mobile connectivity and high-throughput data services through ultra-massive multiple input multiple output (MIMO). Widely-utilized phased arrays relying on costly components make the implementation of ultra-massive MIMO in practice become prohibitive from both cost and power consumption perspectives. The recent developed reconfigurable holographic surfaces (RHSs) composing of densely packing sub-wavelength metamaterial elements can achieve holographic beamforming without costly hardware components. By leveraging the holographic principle, the RHS serves as an ultra-thin and lightweight surface antenna integrated with the transceiver, thereby providing a promising alternative to phased arrays. In this tutorial, we will first provide a basic introduction of RHSs. We then introduce the unique features of RHSs which enables ultra-massive MIMO for both communication and sensing, in a comprehensive way. Related design, analysis, optimization, and signal processing techniques will be presented. Typical RHS-based applications for both wireless communications and radio-frequency sensing will be explored. The implementation issues along with our developed prototypes and experiments will also be discussed. Formalized analysis of several up-to-date challenges and technical details on system design will be provided for different applications. 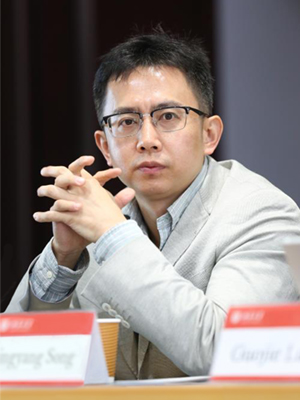 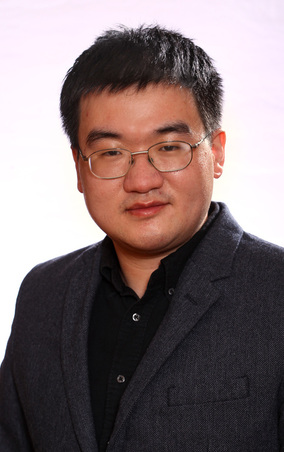 Bio: Boya Di (S’17-M’19) obtained her Ph.D. degree from the Department of Electronics, Peking University, China, in 2019. Prior to that, she received the B.S. degree in electronic engineering from Peking University in 2014. She was a postdoc researcher at Imperial College London and is now an assistant professor at Peking University. Her current research interests include holographic radio, reconfigurable intelligent surfaces, multi-agent systems, edge computing, and aerial access networks. She has published over 7 journal papers on the topic of reconfigurable holographic surface aided communications and sensing. She received the best doctoral thesis award from China Education Society of Electronics in 2019. She is also the recipient of 2021 IEEE ComSoc Asia-Pacific Outstanding Paper Award. She serves as an associate editor for IEEE Transactions on Vehicular Technology since June 2020. She has also served as a workshop co-chair for IEEE WCNC 2020&2021.

Bio: Hongliang Zhang (S’15-M’19) received the B.S. and Ph.D. degrees at the School of Electrical Engineering and Computer Science at Peking University, in 2014 and 2019, respectively. He was a Postdoctoral Fellow in the Electrical and Computer Engineering Department at the University of Houston, Texas. Currently, he is a Postdoctoral Associate in the Department of Electrical and Computer Engineering at Princeton University, New Jersey. His current research interest includes reconfigurable intelligent surfaces, aerial access networks, optimization theory, and game theory. He received the best doctoral thesis award from Chinese Institute of Electronics in 2019. He is an exemplary reviewer for IEEE Transactions on Communications in 2020. He is also the recipient of 2021 IEEE Comsoc Heinrich Hertz Award for Best Communications Letters and 2021 IEEE ComSoc Asia-Pacific Outstanding Paper Award. He has served as a TPC Member for many IEEE conferences, such as Globecom, ICC, and WCNC. He is currently an Editor for IEEE Communications Letters, IET Communications, and Frontiers in Signal Processing. He has also served as a Guest Editor for several journals, such as IEEE Internet of Things Journal, Journal of Communications and Networks, etc.

Bio: Lingyang Song (S’03-M’06-SM’12-F’19) received his PhD from the University of York, UK, in 2007, where he received the K. M. Stott Prize for excellent research. He worked as a research fellow at the University of Oslo, Norway until rejoining Philips Research UK in March 2008. In May 2009, he joined the School of Electronics Engineering and Computer Science, Peking University, and is now a Boya Distinguished Professor. His main research interests include wireless communications, mobile computing, and machine learning. Dr. Song is the co-author of many awards, including IEEE Leonard G. Abraham Prize in 2016, IEEE ICC 2014, IEEE ICC 2015, IEEE Globecom 2014, and the best demo award in the ACM Mobihoc 2015. He received National Science Fund for Distinguished Young Scholars in 2017, First Prize in Nature Science Award of Ministry of Education of China in 2017. Dr. Song has served as a IEEE ComSoc Distinguished Lecturer (2015-2018), an Area Editor of IEEE Transactions on Vehicular Technology (2019-), Co-chair of IEEE Communications Society Asia Pacific Board Technical Affairs Committee (2020-). He is a Clarivate Analytics Highly Cited Researcher.